What Is An Electric Induction Cooktop (Harmful Or Not)?

What Is An Electric Induction Cooktop? 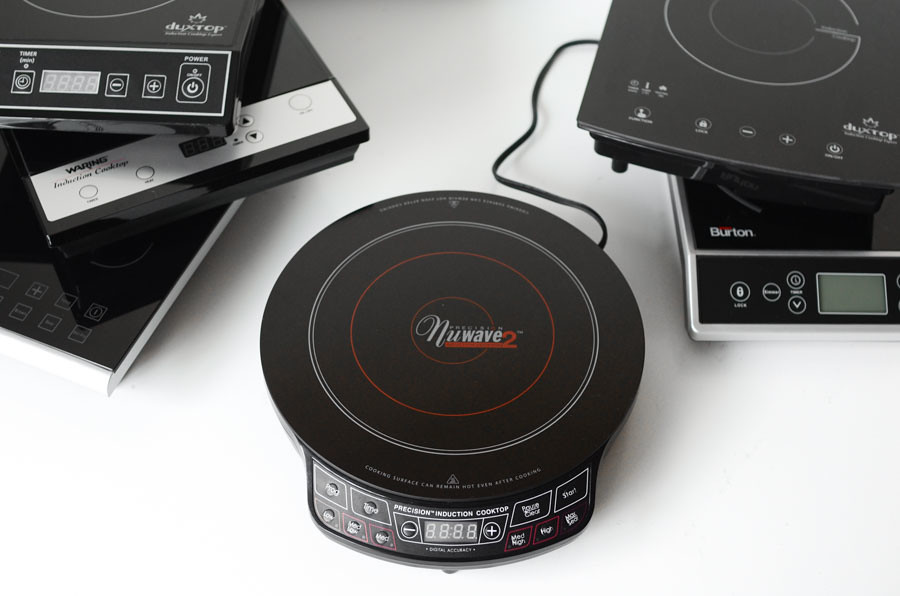 It’s a tool that uses electric cooking and is a non-open fire cooking stove. The body will not hot during use. It uses electromagnetic induction to make the cookware heat up.

Because the heat is directly emitted in the cookware, therefore, unlike other firepower stoves, the surrounding ambient temperature will not greatly change. It will be more comfortable and it can save energy.

It will not produce toxic substances when used, so people do not have to worry about that.

How Does It Work?

Then, a large amount of eddy current is formed on the cookware that contacts to the machine and generating Heat. This is why the electric induction cooktop needs to use a pan. First, easy to place. Second, the greater the contact with the machine area, the higher the heat generated

It’s not the heat generated by the machine itself, but the heat source provided by the cookware itself. Therefore, the thermal efficiency is nearly double of the conventional stove.

The Truth Of Radiation

Nowadays, the number of small household appliances in every family has risen steadily such as microwave oven, blender, air fryer, deep fryer, and electric induction cooktop have become the essential kitchen appliances for the public family.

However, small appliances are convenient and fast, but they will also bring some intangible harm to our lives. Among them, the radiation is probably a problem that people are worried about. 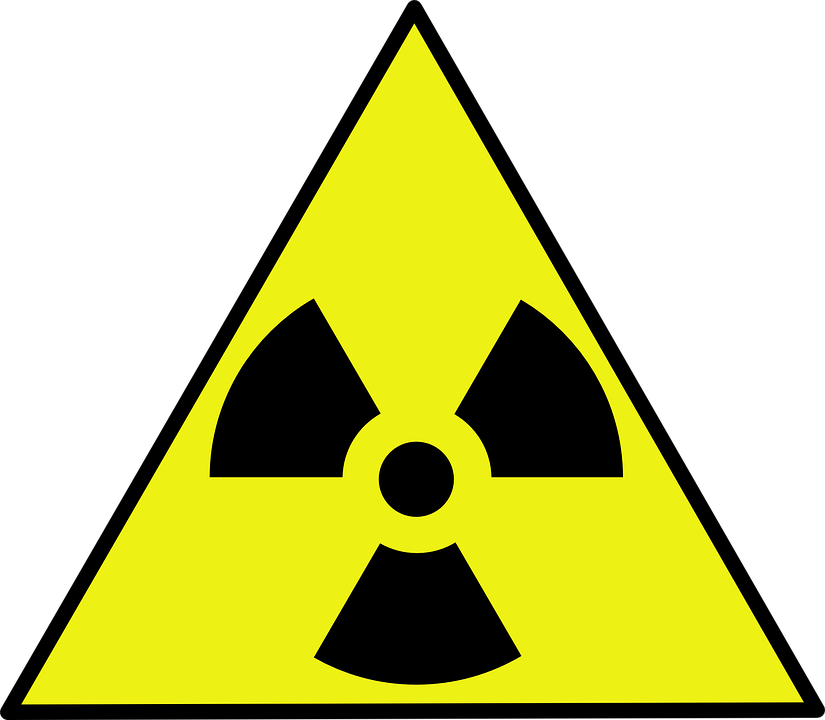 In China, they have the “Regulations For Electromagnetic Radiation Protection” which states that the standard is 0.4W/m from the power density standard and 2.0W/kg from the specific absorption rate standard.

These 2 values ​​are the key indicators for evaluating the radiation which is measured in 6 minutes and measure the upper limit of the amount of electromagnetic radiation absorbed per kilogram of human tissue.

Since there are special standards to limit the upper limit of the amount of radiation, it means that if the human body is exposed to electromagnetic radiation too much, it will have a certain impact on people.

However, the World Health Organization WHO and ICNIRP have clearly clarified that everyone is worried about electromagnetic radiation has no direct cause and effect on reproductive dysfunction, immune system, and neurological diseases.

We Are Surrounded By Magnetic Fields 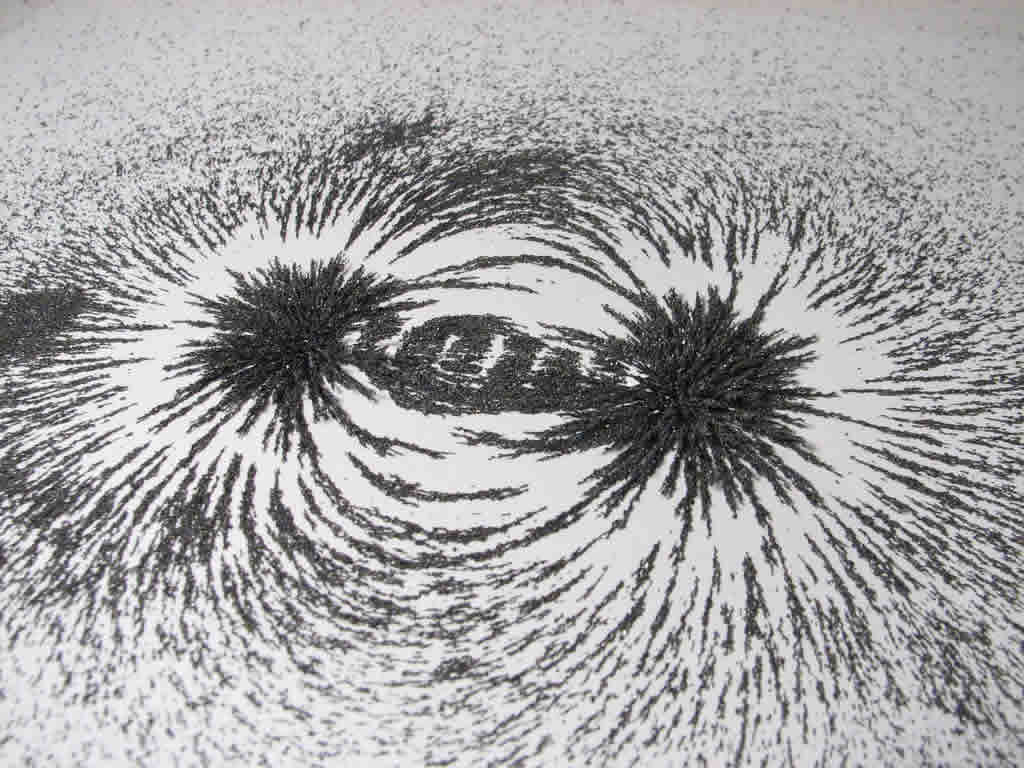 From the generation and transmission of electricity, home appliances, industrial equipment to telecommunications and broadcasting, everyone is exposed to a weak electric field and a weak magnetic field mixed in a complex way, whether at home or at work.

In thunderstorms, the accumulation of localized charge in the air can create an electric field. The earth’s geomagnetic field allows the compass to point north-south, and birds and fish use the earth’s magnetic field to judge the direction.

For electromagnetic fields exceeding a certain intensity, biological effects can be caused is unquestionable.

Experiments with healthy volunteers have shown that short-term exposure to electromagnetic fields in the environment or at the normal intensity in the home does not cause any significant detrimental effects.

Exposure to higher intensity electromagnetic fields that may cause injury is strictly limited by national and international safety guidelines. The current controversy focuses on whether long-term low-intensity exposure can cause biological effects and affect humans.

Scientists are also studying the possibility of long-term exposure to effects below the critical value that can heat the body. So far, the negative health effects of low-intensity exposure to RF and power-frequency electromagnetic fields have not been confirmed.

In 2002, the International Agency for Research on Cancer listed extremely low-frequency electromagnetic radiation as a suspected carcinogen and based on a combined analysis in epidemiological studies, it proved a consistent pattern: An average child exposure to a residential power-frequency field of more than 0.3-0.4 μT will double the probability of developing leukemia.

This conclusion was widely quoted by the domestic media, which caused people to panic about the safety of home appliances.

However, in the 2007 review conclusions, the WHO made a clear explanation for the health effects of electromagnetic radiation. it’s believed that the conclusions of the International Agency for Research on Cancer cannot be used to indicate the causal relationship between electromagnetic radiation and childhood leukemia due to improper methods and lack of effective biophysical mechanisms.

ICNIRP said that low-frequency electromagnetic field exposure has some confirmed acute effects on the nervous system: direct stimulation of nerves and muscle tissue and triggering retinal illusion. There is also indirect scientific evidence that brain functions such as visual processes and motor coordination may be transiently affected by induced electric fields.

All of these effects have thresholds that do not occur below the threshold, and these effects can be avoided as long as they meet the basic limits of the induced electric field in the body.

Is The Electric Induction Cooktop Harmful?

The AC magnetic field generated by the electric energy conversion device of the induction cooktop generally has a frequency ranging from 20 kHz to 40 kHz. It belongs to the category of extremely low-frequency electromagnetic fields. Therefore, the view that “electromagnetic pollution can induce cardiovascular disease or even carcinogenesis” is not applicable to low-frequency household appliances such as electric induction cooktop.

Therefore, we must stop the radiation hazard at the beginning of the purchase. When purchasing, it’s necessary to choose a well-known brand. Generally speaking, the more regular of an electric induction cooktop, the stricter the production, the smaller the relative electromagnetic radiation.

In addition, when selecting the pot, iron products are mainly used, because this kind of ferromagnetic material will match the heating load with the induced eddy current during heating, and the energy conversion rate is high so the magnetic field is relatively leaked less.

What Are The Differences Between Electric Induction Cooktop And Infrared Burner

The infrared burner is open heating, the principle is relatively simple, that is, after the power is turned on, the heating coil is heated to transfer heat to the pot.

Due to the special nature of the heating method, not all cookware is suitable for the electric induction cooktop. Many people are also very concerned about the radiation to the human body (but in fact this radiation is not enough to cause serious damage to the body).

Although the coil heating method of the infrared burner is low-radiation, it does not pick up the pot, and can be used as an oven. It heats up slowly, and the panel may heat up during heating and may burn to the hand.

To eat hot pot, the preferred one is the induction cooktop.

Although the thermal efficiency of the infrared burner is not high, it does not pick the pot, whether it’s iron, aluminum, copper or glass.

How To Choose Electric Induction Cooktop

The quality of electromagnetic products lies in the improvement of product components, workmanship, materials, and details. Therefore, it’s necessary to purchase a famous brand.

2. Choose the right power according to your needs

Therefore, in addition to the number of households, it depends on how you use it. If it’s steamed, stewed, or boiled, then the power used does not need to be very high. If it’s fried, frying mainly, then the high-powered firepower is preferred.

The control panel is the place that frequently used that requires completely insulated and waterproof. The planar design of the control adopts an insulating waterproof material.

4. The fan is stable and firm

Although the fan is a small component, it directly affects the service life and the effect. A good fan is required to maintain a stable, uniform, and smooth rotation.

An electric induction cooktop indeed provides us a lot of conveniences. It’s portable so you can bring it everywhere. Especially having a nice hot pot in the winter, just simply put it in the middle of the table.

If you didn’t use it before and have no idea about that, you can read 15 Best Countertop Electric Burners.

I hope my post can help you understand to know more about that. If you have any questions or opinion, please leave them below, I’d love to hear that.

Great articles and great layout. Your blog post deserves all of the positive feedback it’s been getting.

Its good as your other content : D, thankyou for posting .

I’m not that much of a internet reader to be honest but your sites really nice, keep it up! I’ll go ahead and bookmark your site to come back down the road. All the best

you possess a excellent blog here! do you wish to make some invite posts on my blog?

You amazingly have terrific article content. Cheers for sharing your blog site. Thank you for sharing.

Hi there! You make so many good points here that I read your article a couple of times. This is really nice content for your readers.

I’m happy to find so many useful info here in the post, thanks for sharing. I’ll bookmark your blog and take the feeds also!

This article is an appealing wealth of informative data that is interesting and well-written. I commend your hard work on this and thank you for this information. You’ve got what it takes to get attention.

I really appreciate your piece of work, Great post.

Very good post, thank you a lot for sharing. Do you have an RSS feed I can subscribe to?

Thanks for your insight for the great posting. I am glad I have taken the time to see this.

I envy your piece of work, thanks for all the useful blog posts.

Greetings, super job, basically wasnt so busy with my searching I just read your full blog. I must say i have to express gratitude!